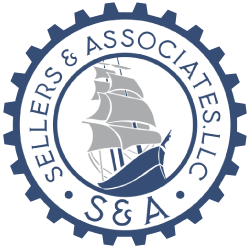 CEED was awarded an initial three year OTA with the Department of the Army in January of 2013, that was followed by a 10 year, no ceiling follow on OTA by the Army in April of 2017. This is in addition to a 10 year, no ceiling OTA with the Department of Interior in September of 2010. By being a member of this consortium, Sellers & Associates LLC will be able to reach our customers within the three focus domains easier in order to give them effective solutions. CEED covers a wide variety of technologies across its three domains, which are listed to the right:

Sellers & Associates LLC is a member of the CEED Consortium, that includes many leading companies and institutions in the Energy, Environmental, and Demilitarization technological sectors. CEED utilizes OTA’s (Other Transactional Agreements) to give easier access to innovative and efficient solutions to our clients that would otherwise be unavailable. This acquisition mechanism allows Sellers & Associates LLC to be able to meet the customers’ demands and requirements more effectively and increase customer satisfaction.